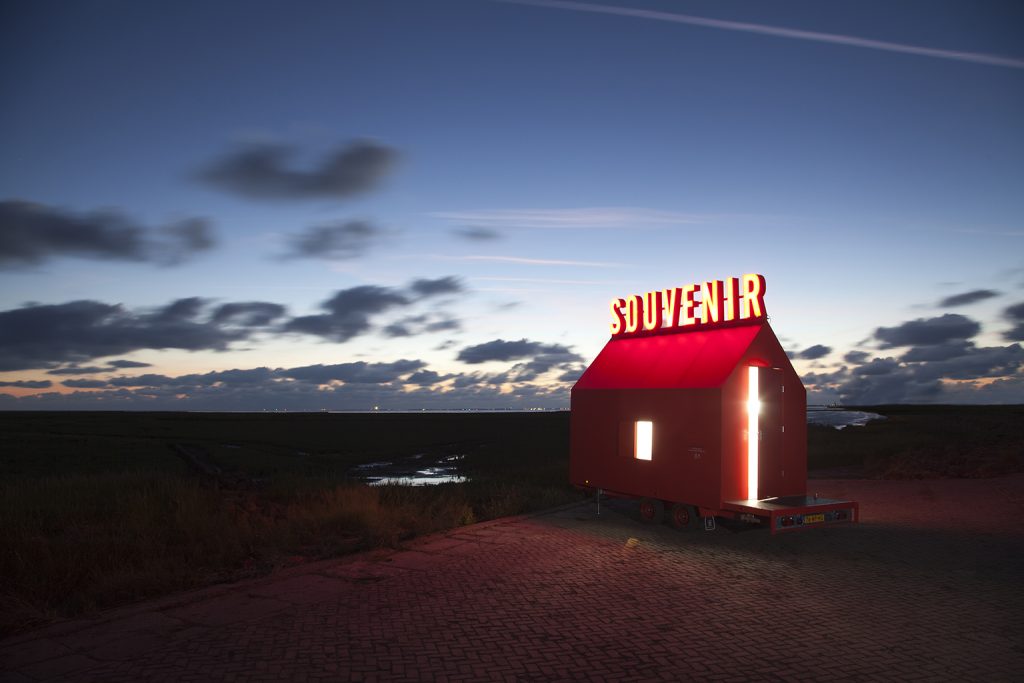 The 10 Unesco World heritages from the Netherlands deserve better souvenirs, not your basic ‘Amsterdam houses’ or little windmills painted in “Delfts Blauw”. This was the reason UNESCO Asked the guest curator of 2016; Erik Kessels (KesselsKramer) to think of a new way to design souvenirs. To help him do this, Erik asked 60 students from Avans University of Applied Science and SintLucas Boxtel to compete in an one week during “Souvenir Battle”.

At the end of this week, the best souvenirs would be chosen to exhibit in a specially designed Little Red Souvenir House which would travel across the Netherlands to the World Heritages and several different events.

At the beginning of this week everybody would be divided over the ten different heritages, where i was given Willemstad at Curacao. After some research about Curacao my first thoughts went out to the already most popular “souvenir” taken from Curacao abroad.

Maybe it’s not the most well known, or even most wanted souvenir by the government and most people won’t really show their little souvenir(‘s) in public, cocaine is still the souvenir to go for a lot of people. Designing a cocaine souvenir for the public was for me a reasonable next step but was sadly rejected by Unesco and Erik who did love it but thought it went a little bit to far… It had something to do with selling drugs to kids or something…

Meanwhile the cocaine wasn’t the only thing i designed. For the Rietveld Schröderhuis I designed a sticker pack which would help you Rietveldify / Mondriaanify everything into the the style of “De Stijl”! This Do-It-Yourself pack later on evolved (with help from Jihee Lee) to a box with coloured tape (just like Mondriaan often used) and a manual how you should use it and examples how you should use it. This concept was chosen to exhibit in the Little Red House next to a couple of other very interesting souvenir designs.

This Little Red House travelled across the World Heritages of the Netherlands and was even exhibited on the Dutch Design Week in Eindhoven!

Every now and then the house is shown at different locations, keep an eye open if you are at the Damsquare in Amsterdam or visit a World Heritage in the Netherlands!