At the end of August, I had the opportunity to meet with Jean-Jacques Sliepen and Rogier Wilmink of the Buro NCP communication agency to discuss a possible assignment with which I could graduate from Communication & Multimedia Design.

To celebrate the ten-year anniversary of Buro NCP they have launched their own product; Baron Vermouth which is a red vermouth infused with the heart and soul of Rotterdam. “Rough with a sophisticated edge”

When I came into the picture at the end of August, the brand consisted of the drink, the bottle, the label, a simple website and the story of the brand character “De Baron”. I was asked to design a digital experience for Baron Vermouth that would boost the brand not only in the publicity of Baron Vermouth itself, but also in the presence of red vermouth in general.

Offcourse my answer was yes.

It soon became clear that red vermouth was still virtually unknown to the target group and that the only association that people could draw with vermouth was the brand “Martini”. People could not imagine a taste of vermouth and, above all, did not know what to use it for. The aim of the experience would be to introduce the user to the drink vermouth, how it can be used, the taste of Baron Vermouth and the story behind the brand character ‘De Baron’.

To achieve this I designed Club Baron, a digital cocktail bar where the user could put together cocktails in an interactive way, find recipes for red vermouth based cocktails, experience the adventures of ‘the Baron’ and by carefully using a combination of specific colours and sound frequencies get a taste indication from Baron Vermouth. 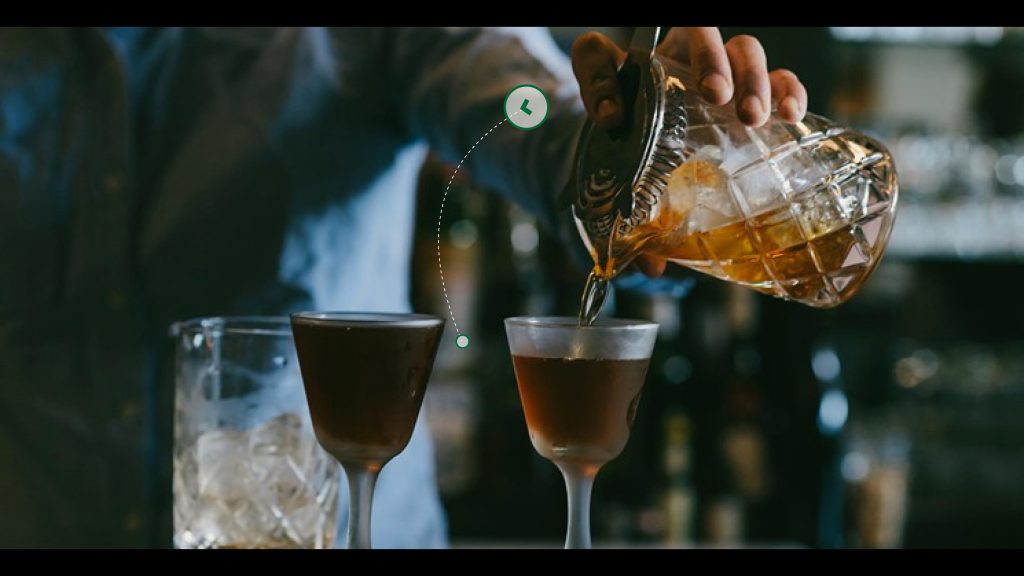 In addition to pages with videos where, for example, the adventures of the Baron was told there were also pages where the user could make a cocktail by dragging a button in a certain movement representing some of the moves you have to make while making a cocktail. This way the user learns to make a certain cocktail by doing. 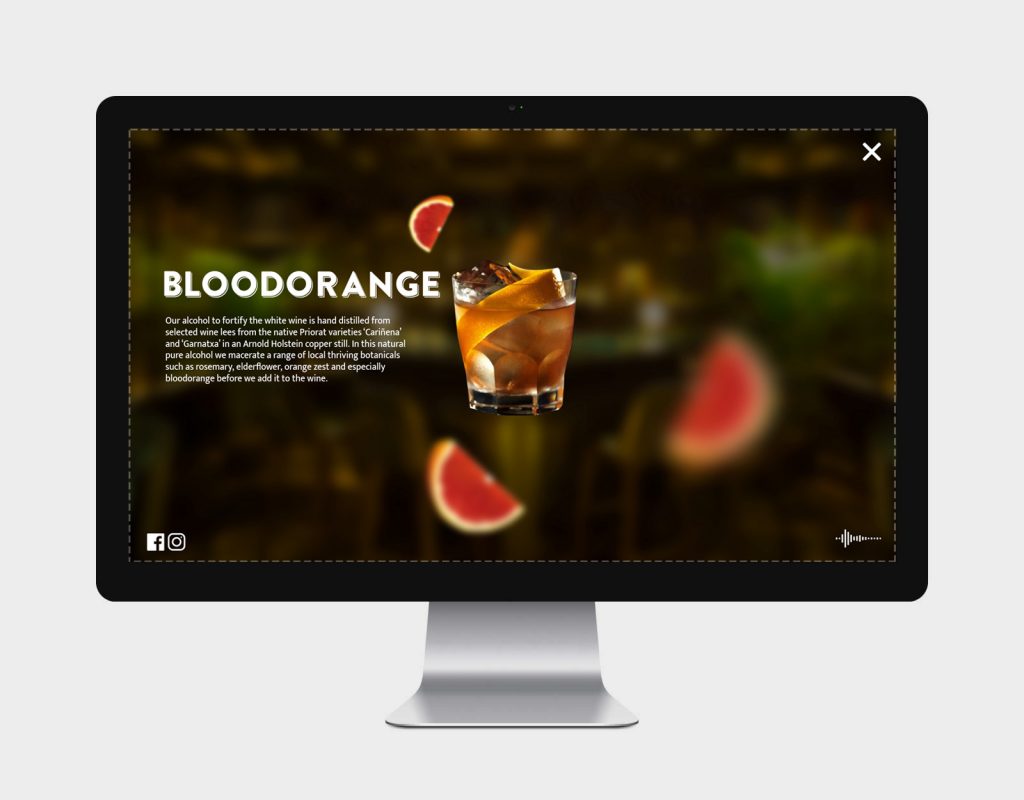 The most important part of the experience was transferring a taste indication to the user using the digital medium. The research, how you can do this, has taken most of the time for designing Club Baron. Through a large number of user tests, discussions with nutritionists and scientists, I was able to develop a formula in which I was able to translate taste into colour and sound.

The taste of Baron Vermouth, unknown to the target group, was dissected into familiar flavours which can be recalled by the brain with a little concentration, after which these flavours were translated into colour and sound. By subsequently letting the user recall these flavors and reinforcing them by the presence of appropriate colours and sounds, I was able to step by step with familiar flavours create an indication of how the unfamiliar taste of Baron Vermouth would taste.